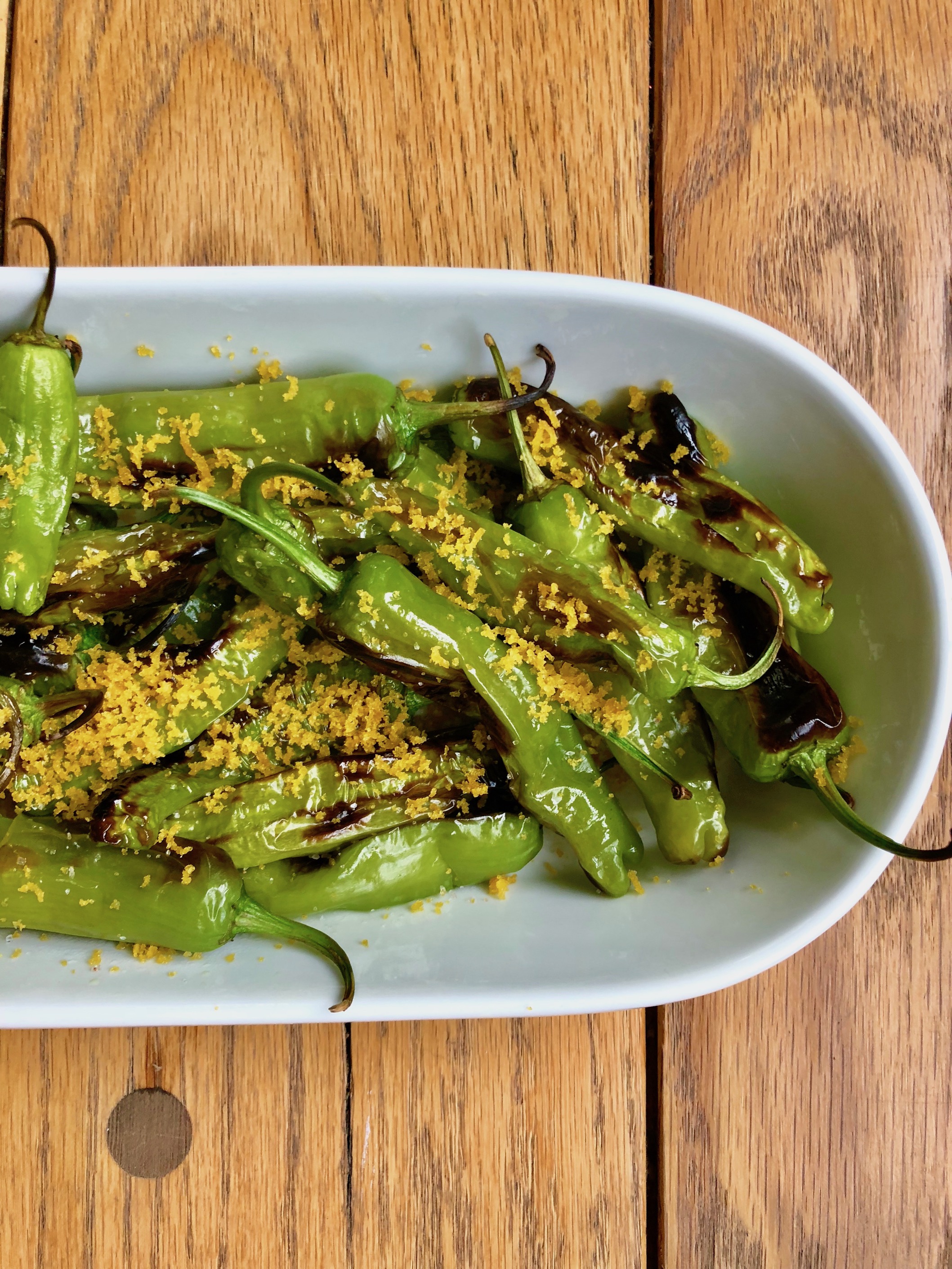 Blistering Shishito peppers with salty bottarga make for the most satisfying lunch, snack or dinner side. The contrast between the bright green peppers and the yellow specks of bottarga will immediately have your guests drawn to it. Once they’ve had a taste, it’ll be gone in minutes.

So what the heck is bottarga? Bottarga is the Italian name for salted and cured fish roe.  Elevate your dishes by grating bottarga on pasta, eggs, and veggies (like roasted peppers and asparagus). I first tried tuna bottarga in San Sebastian. The bottarga was sliced, plated with marcona nuts and drizzled with olive oil. We thought we were ordering tuna carpaccio (neither I nor my husband speaks the Basque language) so when it arrived we were initially disappointed …that is until we tasted it. I remember thinking, how can such a simple dish be so darn good. For more info on bottarga head to Sho Spaeth’s article at Serious Eats

For this recipe I used a mullet bottarga or as the Italians call it bottarga di muggine. Click here to have it delivered to your doorstep!

RECIPE FOR SHISHITO PEPPERS WITH BOTTARGA

The beauty of this dish is its simplicity. It takes just minutes to make and requires only 3 ingredients.

If you like this recipe, check out “Cumin Roasted Cauliflower with Chopped Almonds and Dates”

If you are going to invest in one

As a first-generation Italian girl, lentil soup was

Congee With Soy Cured Egg Yolk & All The Fixins

Vegetarian congee with a vegetable and a soy cured egg

This error message is only visible to WordPress admins


Error: API requests are being delayed for this account. New posts will not be retrieved.

Make sure this account has posts available on instagram.com.