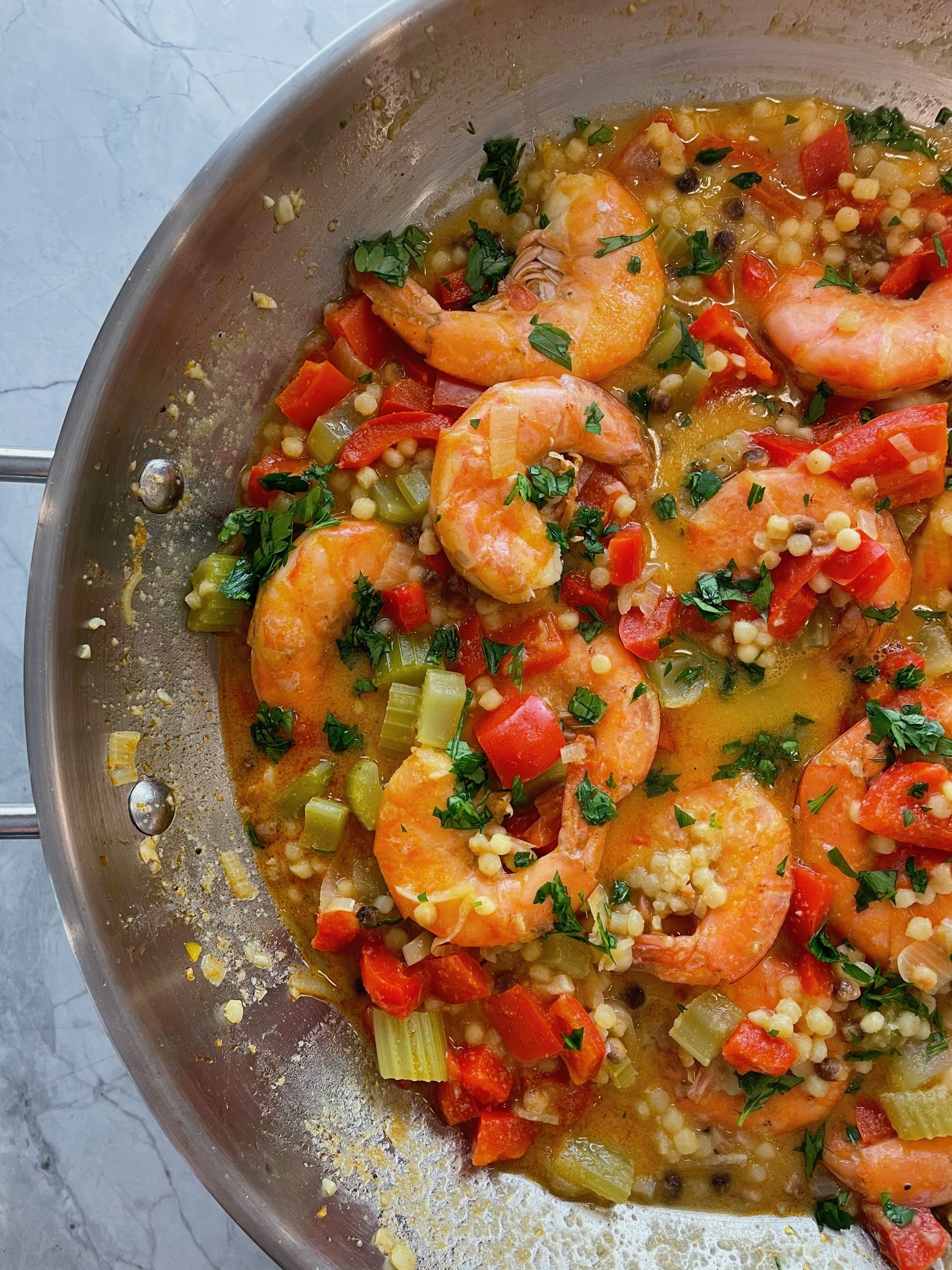 This one-pan shrimp dish is full of flavor and absolutely gorgeous! It’s easy enough to be a weeknight meal, but also pretty enough to serve when you have company.

I chose to leave the shells on my deveined shrimp. Why? The shells add so much flavor to the dish and also prevent the shrimp from overcooking.   It’s also a lot less work! If the idea of leaving the shells on irks you, feel free to remove the shell, but definitely keep the tails on.

The pasta of choice for this dish is fregula. Fregula is a Sardinian pasta made from semolina dough. It is toasted so it has a nutty flavor that I just love. If you can’t find fregula you can substitute it with Israeli couscous or orzo.

This colorful Mexican Chopped Salad (recipe below) is

How to Properly Chop Parsley & Basil