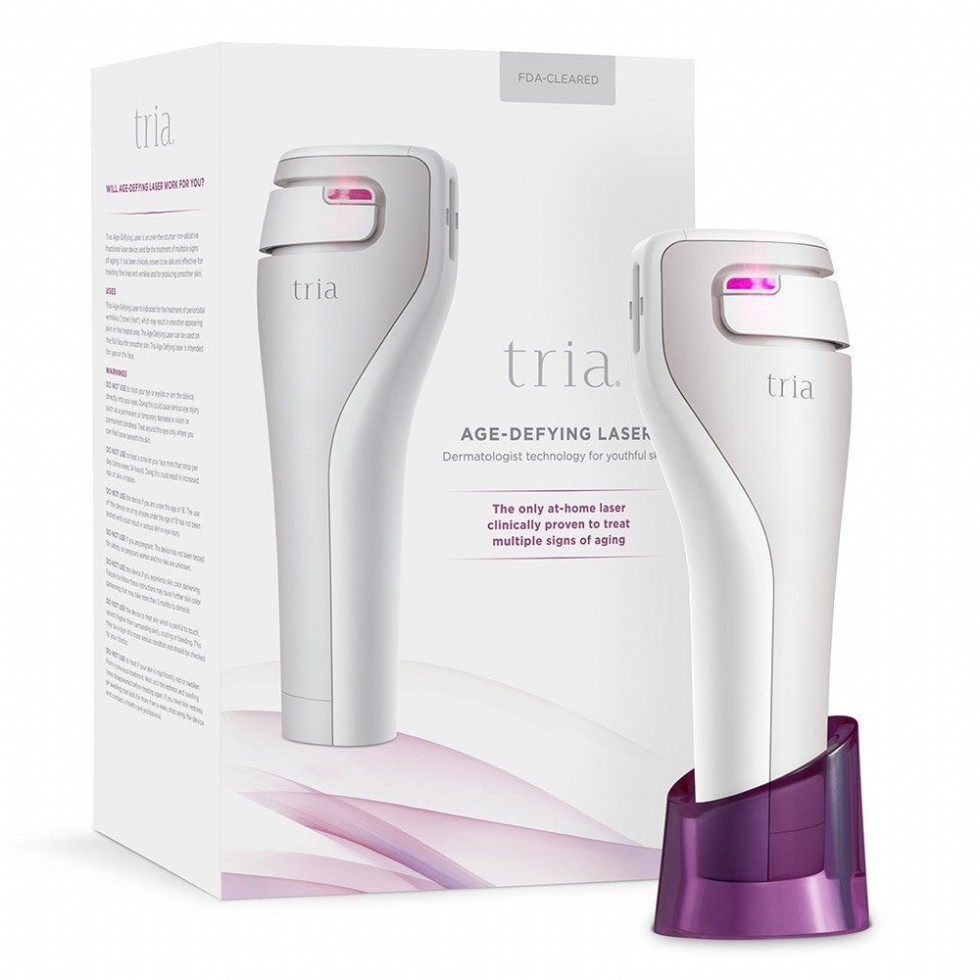 Check out this great article from WWD (Women’s Wear Daily). I’m so proud to be working for such a revolutionary skincare company. I will be launching this Age-Defying Laser (at-home fractional laser) on QVC in just a few months and in London in April. Get your hands on this device as soon as you can. TRUST! It’s simple to use and so effective. I know from experience.

The fast-growing beauty device market is about to get another jolt.

Tria Beauty Inc., the Dublin, Calif., company that pioneered the at-home laser hair removal category, is charging into antiaging with a device called the Age-Defying Laser launching this month at Sephora, next month at QVC and Bloomingdale’s, and later this year at additional retailers. The $495 device is the first product cleared by the U.S. Food and Drug Administration to make non-ablative laser treatments performed by doctors and aestheticians widely available to American skin-care consumers.

Priya Venkatesh, vice president of skin-care merchandising at Sephora, is convinced that Tria’s Age-Defying Laser is a major skin-care technology breakthrough. “The device category is booming — women are using devices as part of their daily regimen and it shows, with device sales now driving over 10 percent of the skin-care category,” she said. “The ADL will change the device category because it offers our client professional results at home.”

Although Kevin Appelbaum, president and chief executive officer of Tria, said the skin-care benefits the device provides match those from laser treatments at dermatologists’ offices, he said the path to getting the benefits is actually easier with the device. The Age-Defying Laser is designed to be used over the entire face — device consumers worried about wrinkles may focus on the eye area, in particular — for a few minutes a day. Tria asserts that visible improvements to the skin can be seen in as little as two weeks. Tria anticipates women aged 40 to 49 years old will represent 60 to 65 percent of the device’s purchasers.

“Our device is used like a toothbrush, and the cumulative effect of using the device for a smaller amount of time is that you get the same results, but you are getting them a little bit at a time. We think that is a big advantage,” said Appelbaum. “A significant amount of consumers don’t see a derm regularly. It is too expensive and not convenient. We do it in a way where it is very easy to incorporate the Age-Defying Laser into a daily skin-care routine.”

Even though the Age-Defying Laser’s price may be less than the price of a professional cosmetic service, it isn’t cheap. Venkatesh doesn’t believe the cost will deter Sephora customers. She said, “She is willing to invest in herself, and she trusts us to help achieve her beauty goals.” Appelbaum said Tria’s experience with its $449 Hair Removal Laser 4X product demonstrates that consumers don’t balk at lofty prices if a device’s performance justifies the expense. “The only way you are going go to get the same results is to go see a derm and you are going to spend 10 times what our Age-Defying Laser costs. We think that it is a price point that will be accepted in the market,” he said.

Outside the U.S., Tria has already been making headway with antiaging laser devices. An earlier version of the Age-Defying Laser was introduced in August of 2012 in Canada and the U.K. The customer reaction didn’t disappoint. “It’s been going quite well. It’s accounting for a significant portion of sales in those geographies,” said Appelbaum. “More than a third of our revenues in six months come from this product. That was more than we expected, but I think that’s reflective of the size of the antiaging market, and the willingness of consumers to try new products that can deliver better outcomes.”

In years to come, Tria plans to release several antiaging laser devices, with lower-price-point devices among them, but a cheaper device isn’t expected until at least 2015. “This Age-Defying Laser device treats multiple signs of facial aging and will treat your full face in a few minutes. The future devices will each only be designed to do one thing — specific to lines and wrinkles or specific to discoloration, for example. Single-concern devices will be at lower price points. There will be an entry-level product for women in their mid- to late 30s just starting to see the signs of aging skin.”

In the next two to three years, Appelbaum predicted, the Age-Defying Laser could become Tria’s highest-volume product. In 2013, he estimated, the company generated almost $100 million in sales. The same year, it closed a $45.5 million round of equity financing led by Bay City Capital and joined by new investors AmorePacific Ventures and Athyrium Capital Management. Existing investors Aisling Capital, DeNovo Ventures and Morgan Stanley Alternative participated as well. “We are growing at about 40 to 50 percent year-over-year. We have seen our wholesale distribution really take off in 2013 and we have a lot more teed up for Tria distribution around the world as we head into 2014,” said Appelbaum.

There is no excerpt because this is a protected post.

Feast of the 7 Fish Menu

Every Christmas Eve for as long as I

For this year’s gift guide, I rounded up